I recently lost a friend, this sunny, bright soul was there one minute and then one early phone call later I was informed he wasn’t. People call grief a tsunami but it’s more like a sinkhole, where one minute you’re on solid ground and the next the world falls away around you. In my adult life, this is the third person I have lost in the last few years. All these beautiful, kind, creative people gone when I wish there were more of them in this world. You have to find a way to climb out of the hole though and for me, the climbing ropes come in the form of songs and words.

When the initial sucker punch of this news fades then there’s just the slow, dull grief that sits with you. The famous W.H. Auden poem “Stop all the Clocks” calls for life to stay still for a moment; “For nothing now can ever come to any good.” Whilst my feelings are more hopeful there is a definite feeling of wanting everything to pause until you can process what has happened. Also, a sense of disbelief that in your world a small earthquake has taken place and yet everything around you is standing tall and untouched.

For as long I can remember I have found solace in stories and sounds. As a small kid, I would put on my Dad’s enormous headphones and lose myself in audio books. My favourite story was that of a little girl who would escape under the ocean in a bubble to explore secret worlds with her mermaid friend- I dreamed of doing the same. My least favourite was that of the Ugly Duckling, a story I found so sad I never listened to it again. As an adult, my choices are broader and I no longer shy from sad stories and songs realising that comfort can be found there too.

When you’re in a searching state, one artist's music which lends itself perfectly to reflection is Alice Coltrane. Especially Journey in Satchidananda and The Ecstatic Music of Alice Coltrane. Written after John Coltrane’s death, the mythology of this music and the magical effect it has are well documented. Sydnee Monday wrote a beautiful piece for NPR on how meditating to the music helped her cope with the sadness she feels about our world in its present state. Hua Hsu also wrote in the New Yorker “Perhaps it’s because we live at a time when notions of wellness and personal care are mainstream that the idea of ambient music with a purpose holds a special appeal.”

For me, her music has the same effect as taking a bath or laying my head on someone’s lap to be stroked. It resonates with me sonically but reading about the process for its creation deepened my connection and the solace I found in it too. The harp in this music is central to how soothing it is and a lot of the beauty of its creation is because of this instrument too. The story goes that before his death John Coltrane ordered the harp because he hoped it would help him rethink his approach to harmony and texture, the harp took a long time to build and wasn’t delivered until after his death. This part makes me wonder, did the harp arrive and sit there for a while seeming a taunt of his absence, did it stay boxed for days or were they excited for this reminder of his intent? At some point, we know the harp was revealed and in Hua Hsu’s piece he says “ If the windows were open, Alice later recalled, a strong breeze would make the strings hum, as though some invisible force were strumming them.”  In my imagination and likely reality, Alice feels moved by John’s spirit to begin to play and the results are as holy as the calling. Her daughter recalls the reanimation of their home in Sydnee Monday’s essay “I once remember lying in my bed waiting to go to school, and I woke up to this beautiful harp music just filling the house,” she says. “And I thought ‘Wow, if heaven is like this, then I’ll be certainly ready to welcome it when I get my chance.” 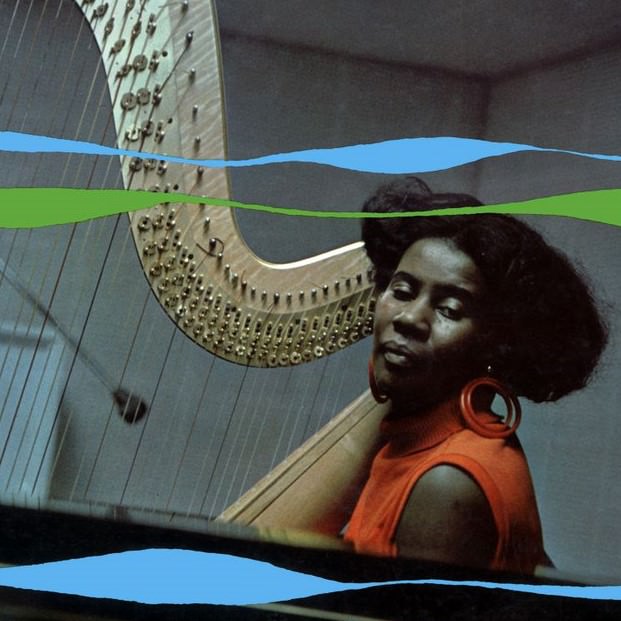 For me, the buoyant imagery of this is beautiful, each ascendant swell of the harp seems to lift and carry their grief away creating space for a soft and jubilant celebration of John and bringing a new joy to their home. It’s not hard to see how this beauty can move and console others too.

Another artist whose work has given me huge comfort is Teebs, my friend Ryan and I loved his music and so I began listening again partly to feel that connection with him. My favourite track is “Why Like This” which made my brain feel like it lit up in a million ways the first time I heard it, as though every synapse was firing at once in a blissful way. There are layers of sounds in a way that somehow convey meaning and longing to me. I live close to a lake and walking around listening to this transports me to a place I feel better placed to process my thoughts and feelings. It’s interesting to me that the music I find most comfort in has all been instrumental, maybe as a writer, my own inner voice is simply too loud or the sounds are just a conduit for my thoughts. Or maybe, it’s because in a time when words seem so lacking something which expresses a feeling in another way is just more soothing, much like a hug or squeeze of the hand. It’s true of this record that Teebs made it during a time of loss and I wonder if subconsciously I am feeling and relating to that from it too. Either way, my heart swells. 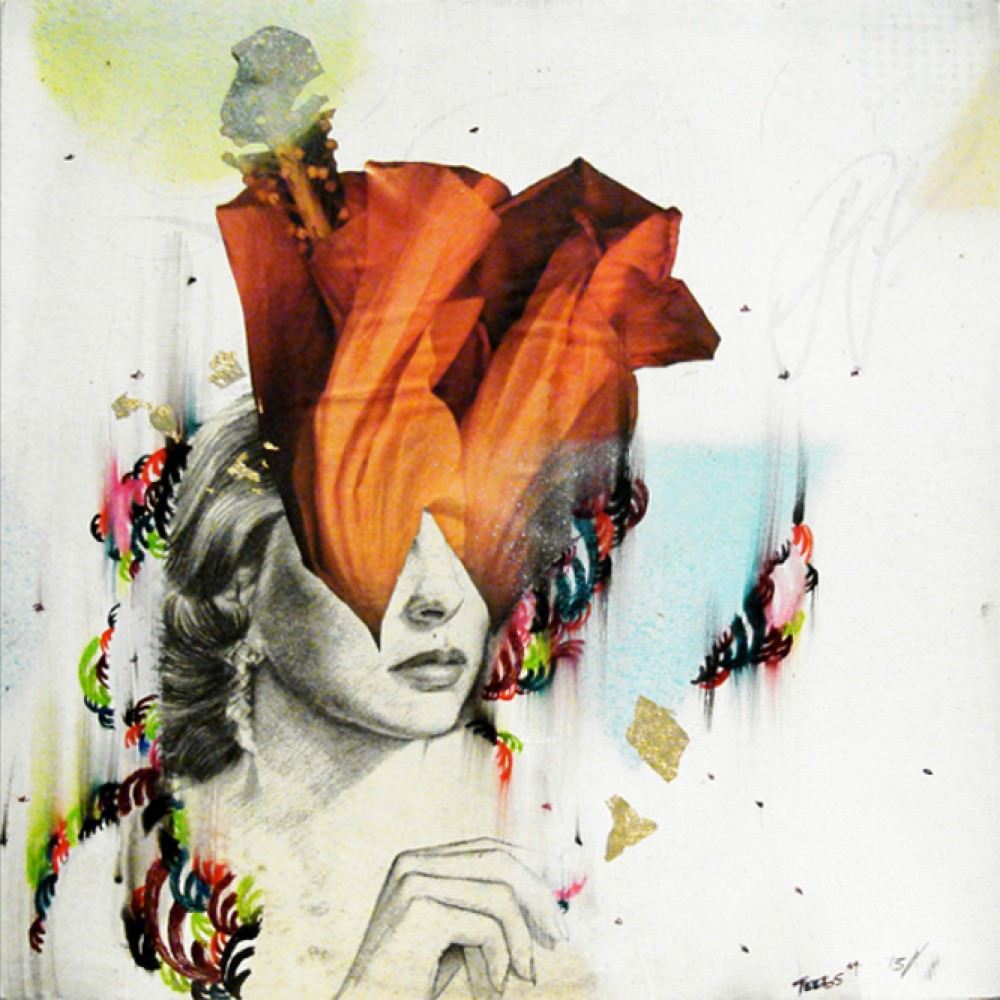 Another friend I had lost suddenly years ago, had emailed me shortly before his death to share his new record with me because I was working as an editor on a popular website. At the time I was low and feeling like my work had little value, this person was also friends with an ex of mine and I was wary of reaching out because I knew he’d be angry I was talking to his friends. I didn’t think my thoughts on his work would matter so I let his email sit in my inbox barely read. Anyone who knows me will know this is rare, I have an almost compulsive need to reply to people so they feel needed and heard but in this instance, I didn’t. When I got the message he had passed I felt so unbelievably sad and guilty. I wished I had taken a few minutes to listen, to write the article and give my friend the little bit of press and celebration he and his work deserved. It took me a long time to start listening but recently I realised I was doing him a disservice in hiding from his work.

His record like my friend is huge in so many ways ( Ewan was 6ft and then some) there is a wonderful tenderness and huge heart to all the tracks exactly like him and I am stunned and proud to know someone who created something so affecting. I have read countless articles about him since and the way others describe his work as Offshore  is joyous to me, some of my favourites are: “He combines an ability to make big, vicious, system-shaking tracks that also sound human — eccentric and handmade and unique.” My number one though is from the incredible Ninja Tune crew, who said he was “ like an eccentric 19th-century anarchist pastry chef given access to a Moulinex. The result is exhilarating, funny and cutting edge, yes, but also deeply affecting. There aren’t that many electronic musicians who make music that sounds so personal, so much an emanation of their own personality.”

I’m so grateful there were others who could find words for him when I couldn’t and I hope that writing this now makes up for my earlier neglect.

Where I live in LA, gratitude can be such an overused expression but nonetheless, I still feel lucky I can connect and console myself and others through art and words. It’s a privilege to have these ways to cope and heal. Now when I think back to Alice Coltrane’s house I imagine each soaring note as tiny birds taking away their grief to the clouds and I hope one day these beautiful sounds will take mine too.

This piece is in memory of my friends Ryan Lammond and Ewan Robertson.