We’re looking at Ransom Note’s own ends for the second in our series about creative projects having tangible, positive effects on our ailing world. And focusing on an issue that should be close to every Briton’s heart.

According to a report by the charity Shelter, in England 280,000 people are now either sleeping rough, or living at temporary addresses. Close to the same number again are considered at risk of becoming homeless. Across the UK it’s more like 320,000, but we can safely assume the real number is higher as this may not take into account squatters, couch surfers and those living with family or friends.

In Birmingham, 1 in 66 have no fixed abode. Manchester’s figure looks better, at 1 in 102, although national statistics suggest the city has more deaths as a result of rough sleeping than anywhere else in England and Wales. London comes out worst in terms of volume, with 1 in 52 considered homeless from a population of around 8.8million.

Accumulate was established with that in mind. The brainchild of Marice Cumber, Work Based Learning Co-Ordinator at Ravensbourne University, the project began six years ago by offering hostel residents creative workshops with the end goal of producing an exhibition; something to work towards. Since registered as a charity, disciplines of study include visual art, photography and fashion, with courses leading to a final show.

There’s also an opportunity to apply for scholarships. So far 14 students have been successful in this, with five going on to full degrees. The most recent addition to Accumulate arguably strikes the loudest chord, though; a six week podcasting masterclass, delivered by industry professionals, creating a digital radio platform — Sound Judgement — run for and by those experiencing homelessness. 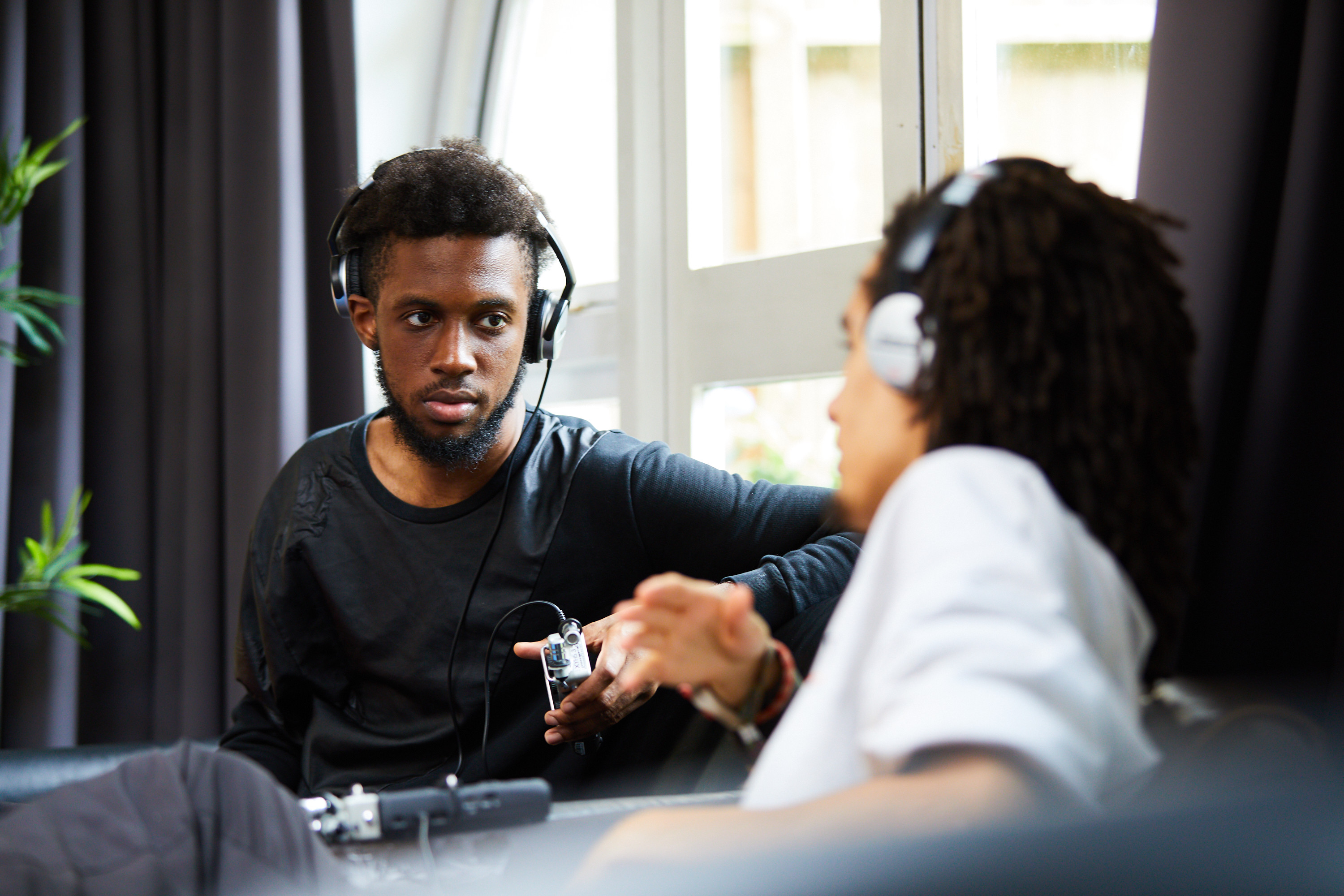 “There are a lot of podcasts out there about homelessness, with people telling stories of homeless people. But it’s exactly that, making content about The Homeless,” Cumber replies when asked why she thinks this initiative is so groundbreaking. “Who is getting the glory? I wanted to flip that hierarchy. This is a group of young people who happen to be homeless but are going to make content about whatever they want.”

Approaching hostels in the London area, residents were invited to an initial session where syllabus and requirements were outlined. Those interested could then partake in weekly training, ending in November 2019. The weekly podcasts have now been released to the public via Mixcloud, with the last episode scheduled to drop next week.

Audio production, pitching, editing and content development all featured on the programme. Head tutor Natalie Orchard, whose background includes work for the likes of CNN alongside teaching, took a lead, with guests from BBC, the Guardian, and branding agency Design Bridge among those involved. Episodes to date deal with everything from causes and preconceptions of homelessness to music industry highs and lows, and loss of respect for educators.

“If you’ve never had anything positive or felt good about yourself, the likelihood of you applying for training or even getting your CV in order is very low,” Cumber says of how confidence and drive can improve for those on courses, in tandem with practical skills. “[People] felt they had something they could use moving forward. One of the guys went so far as to build a makeshift studio in his room. They just wanted to do more of it and now they have the tools if they want to continue.”

Alesha Nejad attended the programme. Finding herself in a hostel due to circumstances at home, she’s a songwriter and singer who regularly performs live — including charity events for the likes of mental health charity MIND and (following recent bush fires ) the Australian Red Cross. Her interest in Sound Judgement piqued due to connections between broadcast and music, and she’s quick to point out the importance of having regular commitments and opportunities to interact for those at risk of societal exclusion.

“For some people they have so many other issues — just getting out of bed in the morning is difficult,” she says of the most vulnerable hostel residents. In comparison, projects like Sound Judgement are what others need. “It was really important, knowing they have this weekly podcast session, where they can enter a group discussion and be made to feel wanted, not lonely and isolated, because isolation is a huge problem.

“Before I was in a hostel I was working full-time and very much a doing person, but for some it was good to have a reason to get out, meet new people, learn new skills, give them a purpose,” she continues, explaining previous training in audio meant the most engaging parts of the programme for her involved content direction, interviewing sources and sharing ideas with them. For example during Episode 5, which she co-hosts, where environmentalism and plastics are discussed with Innovate UK. “It was another opportunity to do something new for me, something different. The way I see life is that it’s full of mystery and you can do whatever you want if you put your mind to it.”

Nejad is now involved in Sound Judgement’s future. What started as an experiment could now become a revolutionary means of distributing information to people experiencing homelessness. An ongoing, monthly podcast is in the offing, which will signpost events, services and projects to those in need, facilitating social engagement and creating a space to discuss issues that matter to them. For the first time, this marginalised group can have a digital voice of their own.

Fresh starters have shown a vested interest already. “I went to the first session yesterday and met the new people. They didn’t seem bored, they seemed interested, they were contributing ideas — like we were talking about food if you’re in a hostel, and one idea I had was maybe there could be a card, or token, that members of the public can buy to give to homeless people, who can take it to a shop and exchange it for food,” says Nejad, exemplifying how open conversation between those on the front line is vital.

“There’s nothing in this space, this audio space, for people who are living in hostels. What we were saying, about that situation being isolating, podcasting or the radio naturally are very personal mediums. We’ve met several people who have said it would be great if they could download something that told them ‘in the capital this is happening’, or ‘regionally this is happening’,” says Jack Brown, Sound Judgement’s Project Coordinator whose CV includes production for prime time TV.

“I think this is very much something we would like to partner with regional organisations on and help set them up to do similar things, because it’s such an immediate service. Or, it becomes a national thing, and we look at doing something nationally, growing it on a bigger scale,” he continues, quickly expounding on his own experience of working with everyone from a guy who once owned multiple West End pubs and lost everything, to a woman who arrived in Britain after being subjected to torture overseas. “[Homelessness] can happen to anyone, nobody is untouchable. It definitely put it into perspective for me.”

“Right now, in this part of the world, not just Colombia but all of Latin America, the people are fighting to be let be, to finally have a voice as a continent."