Frankfurt is a funny sort of place, an industrial mecca built around the rumble of gears, engineering and finance. A profitable city and at times a lonely maze of towering skyscrapers, warehouses and shadowy street corners - it isn’t stereotypically beautiful by any means but something lurks beneath the soul of this place, amidst the people and their intrinsic desire to build something of their own - something beyond the companies that govern this space.

Roman Flügel is a singular producer, musician and disc jockey from Frankfurt, and one of the most respected figures to emerge from within German electronic music in recent times. His earliest experiences of club culture were formed amidst the underbelly of the city, channeled by those prepared to break and test the mould. From abstract warehouse raves through to the avant garde experimentation of the wealthy - he has observed the relationship between dance and diy culture with the utmost intrigue.

“The city of Frankfurt had a reputation for being a business driven city. Banks like the Deutsche Bank Dresdner and Commerzbank already had their headquarters in the city centre. Their skyscrapers were shaping the city’s image and the result was that Frankfurt became more or less the only city that had a skyline in Europe back then. At the same time there were still a few spaces left, something that’s hard to find today.

The first time I entered a dance club in Frankfurt was around 1986. It was the infamous ‘Dorian Gray‘ based at the Rhein Main Airport. The club opened in 1979 during the high phase of Disco culture in Germany as a posh venue for jet set dancers, some of them conveniently arriving by plane.” 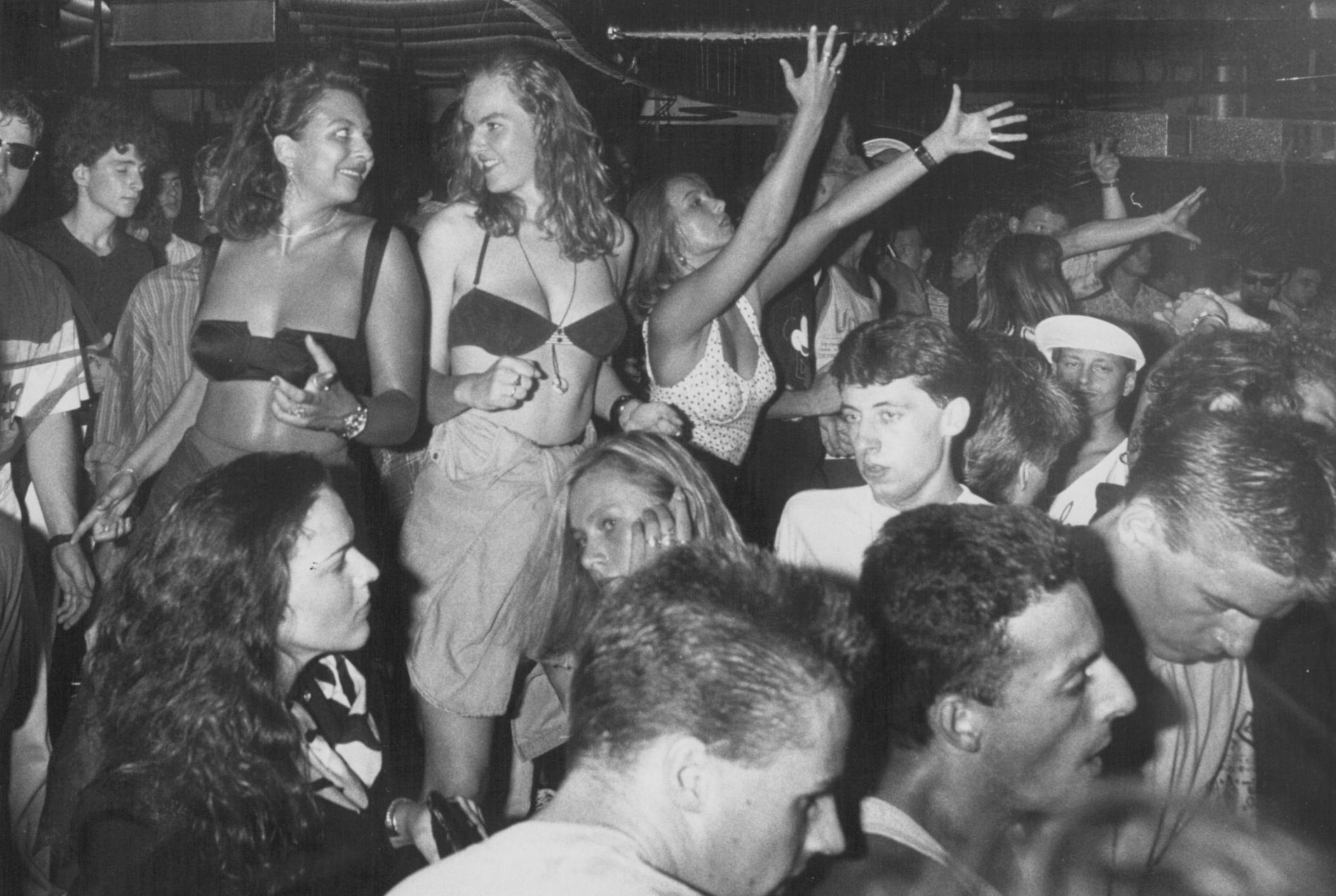 It is this club which would help to channel and pioneer a new wave of disc jockeys during the 80s and 90s - as an alternative venue frequented by those with money to burn came the opportunity for risk and freeform thought. “It had two dance floors, one of which became famous for hosting the most extreme electronic dance music available from resident DJs like Sven Väth before he opened the ‘Omen‘ around 1988. I guess everything changed with the arrival of early House and Acid House from Chicago and Techno coming in from Detroit. Electronic dance music was kind of stiff, sometimes dark and even aggressive during the ‘Electronic Body Music‘ days. House and Acid House was offering something new. Suddenly the music was funky again, and people started to dance differently. The music worked as a collective opener for people’s minds instead of promoting the feeling of loneliness and despair.”

Nightlife and club culture offered an escapism in Frankfurt in the same way as it did across Europe and beyond. It was an alternative outlet to a capitalistic ideology which was spreading across major cities and into the consciousness of the individual at this time.

“Of course it was a combination of many things that led to the birth of a new youth culture. The music came first but then there was a new way of dressing up. Clothing became more comfortable and colorful, baggy trousers and oversized t-shirts instead of the prep-style that was dominating the ‘yuppie‘ fashion during the mid 80’s. And drugs of course. Ecstasy became popular very quickly. Pills were still 50, Deutsche Mark at that time and usually pretty strong so you’d rather share them with friends which also led to the fantastic feeling of being part of some kind of a new tribe.”

As the sound evolved there was a transient moment in which communities became intertwined and ingrained, whether this was conscious or through the nature of the shared experience is open to exploration.

“The majority of people going to ‘Dorian Gray’ didn’t really understand what was going on when the music was changing. The more unusual and extreme music was played after 4am. That was also the time when the common people would leave and the ‘other‘ people would start to attend the club. Those people would be equally more extreme in terms of style and attitude. That was already the case when New Beat was the dominant music in the mid 80’s. The driving force had to be the DJ who was able to know what kind of music to deliver at a particular time of the night to create a certain atmosphere that would separate the people ‘who already knew‘ from the people who basically didn’t have a clue.” 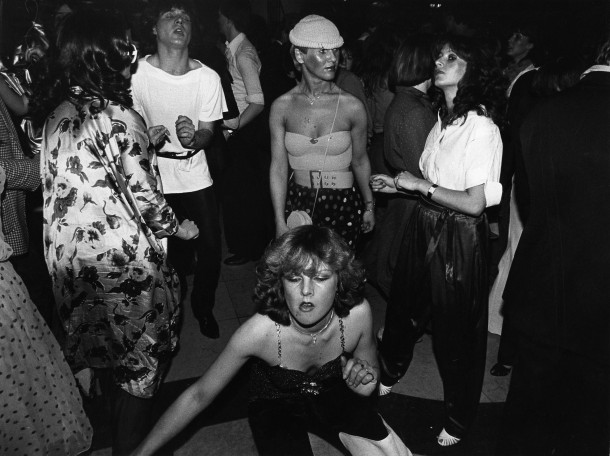 A definitive factor in the creative formation of such spaces during this time came as a result of basic human interaction. No mobile communication, no social media and no internet. This meant that there was little to zero link between Frankfurt and Berlin.

“Communication and exchanging information was very different back then. Every city would have its own little scene instead of being informed about what was going on elsewhere. A world without mobile phones and internet. Berlin was still very much an island itself, quite isolated and we shouldn’t forget that Germany was still divided until the end of 1989. Certain people started trying to create a competition about who was partying harder. There was a quote going around ‘don’t mess with Frankfurt‘. Maybe that’s because Frankfurt was always a more competitive city compared to Berlin - where things happened slowly and business was considered to be less important. I always thought that discussion to be a bit stupid and boring.”

As a result, there became an intrinsic desire for self discovery through lived experience and adventure. This became the fundamental cornerstone of diy culture, when in doubt make believe... The result was a collective of inspired creatives and individuals building their own environment without constraint or limitation. 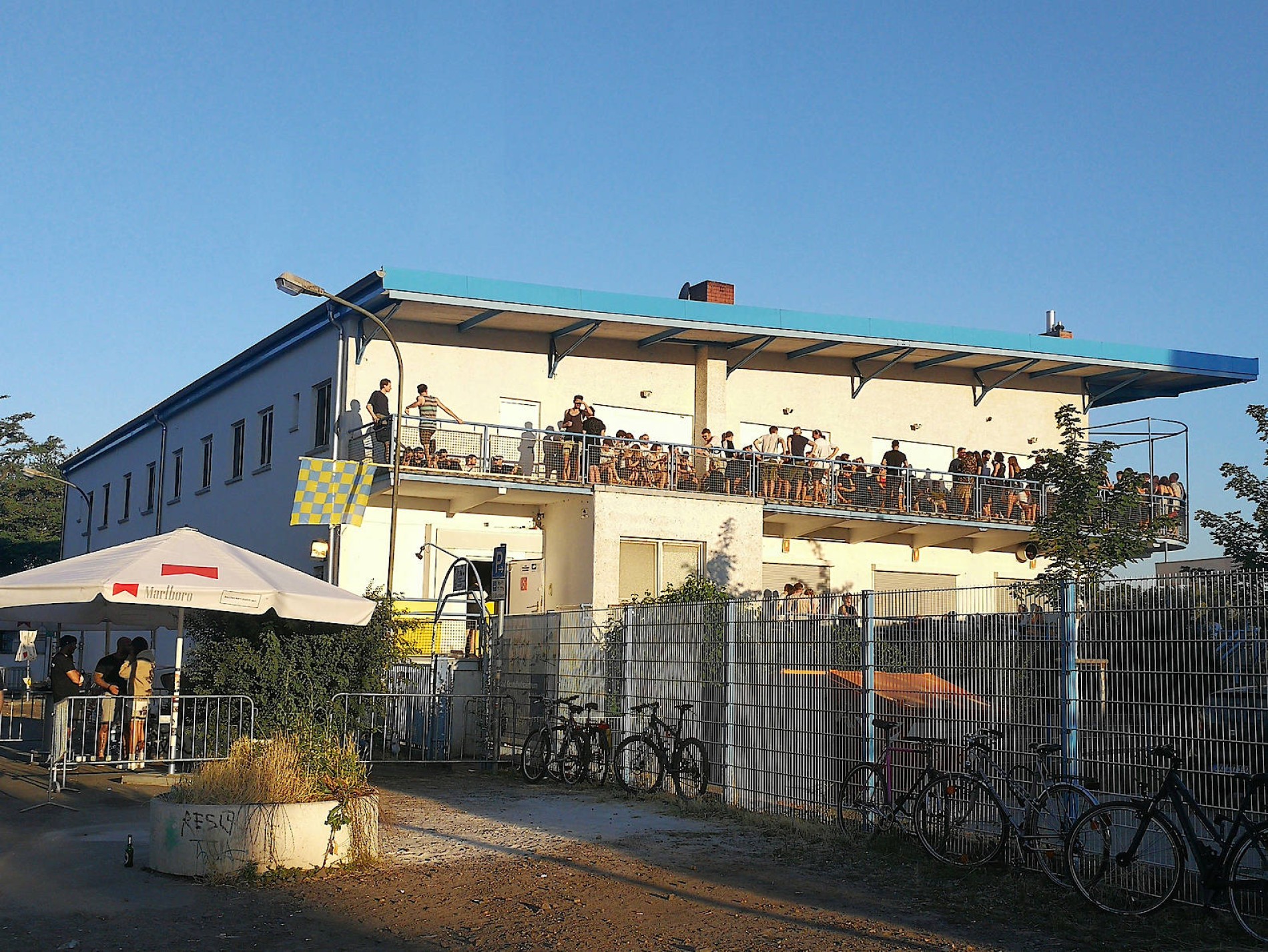 Frankfurt held an allure beyond the corporate chaos, there was something here for those with wild imagination.

“For me, as a kid from the suburbs, it was quite a mysterious place in the beginning. When I heard people talking about Borsigallee at ‘Boy Records’ in Frankfurt I had to find out where it was. Soon after I met my new friends Ata and Heiko who ran another record shop named ‘Delirium‘ - we were going there regularly.

I guess you always benefit from people who are inspiring, from those presenting something interesting and different, something you’re not capable of doing yourself.

In the present this can happen in real life or virtual reality. Getting to know the people who ran the ‘Delirium‘ record shop was a turning point. The shop provided us with the latest Techno and House music from all over the world along with some cool ‘Club Wear‘ and Flyers about parties that would happen across the following weeks.

Being able to meet like minded people and becoming friends finally gave me the opportunity to become part of labels like Ongaku, Playhouse and Klang Elektronik for more than fifteen years. Others would go on to run magazines or create their own clothing brands.

Looking back I see it as an interesting time, the beginning of a new DIY culture in Germany during the process of unification.”

The pair behind two iconic albums reflect on their evolutionary relationship with electronic music and the longevity of the genre.